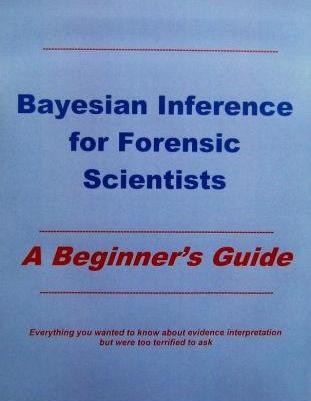 What do the results of forensic examinations mean? Forensic Scientists have to interpret their findings carefully and objectively. Ideas about interpretation have developed greatly over the last twenty years.

An important basic principle is that forensic evidence has to be interpreted in relation to two alternative explanations for the results – those put forward by the prosecuting authorities and by the defendant. Only then does it have meaning. The alternatives are decided upon by consulting as extensively as possible with the parties to the investigation and by studying all the available background information.

For example consider a case in which blood is found at a burglary scene which gives a DNA profile occurring once in about every 10 million people.

Forensic scientists use databases and surveys to help interpret the results – for example databases of DNA profiles and footwear patterns and surveys of glass and paint fragments that are found on people’s clothing. But it is important that the strengths and limitations of such background information are understood.

Statistical ideas have become very important in the interpretation of evidence. They provide a basis on which interpretations can be communicated and from which erroneous formulations can be avoided. For example a statistical mistake called the transposed conditional can have serious consequences. In the burglary example above it is true to say that the chance of a person selected randomly from the population having this DNA profile is about one in 10 million. However to then say that the chance of the blood at the scene having come from someone other then the accused is 1 in 10 million is wrong. It is rather like saying that cows have four legs and therefore any animal with four legs is a cow.

For a deeper understanding of interpretation, research Bayes theorem and likelihood ratios.

In our events, students have to interpret the results of all their practical examinations and their work at the crime scene. They are challenged to show critical thinking to identify the strengths and the limitations of their findings. Whether or not interpretations are correct is put to the test in the role-play trial that follows!

©Sci-High 2021 no reproduction without permission

More in this section

"It was very interesting, exciting and educational. I enjoyed it immensely..."